Interview with Elisa Teague of Renegade Game Studios about Transformers, G.I. Joe, and Power Rangers TTRPG and the Essence 20 System. 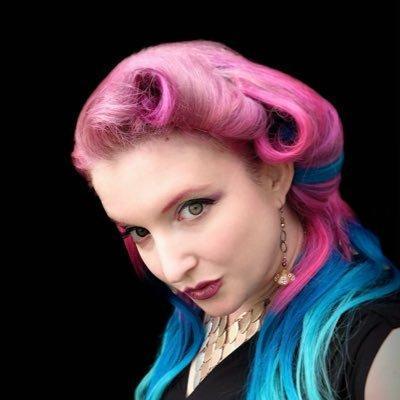 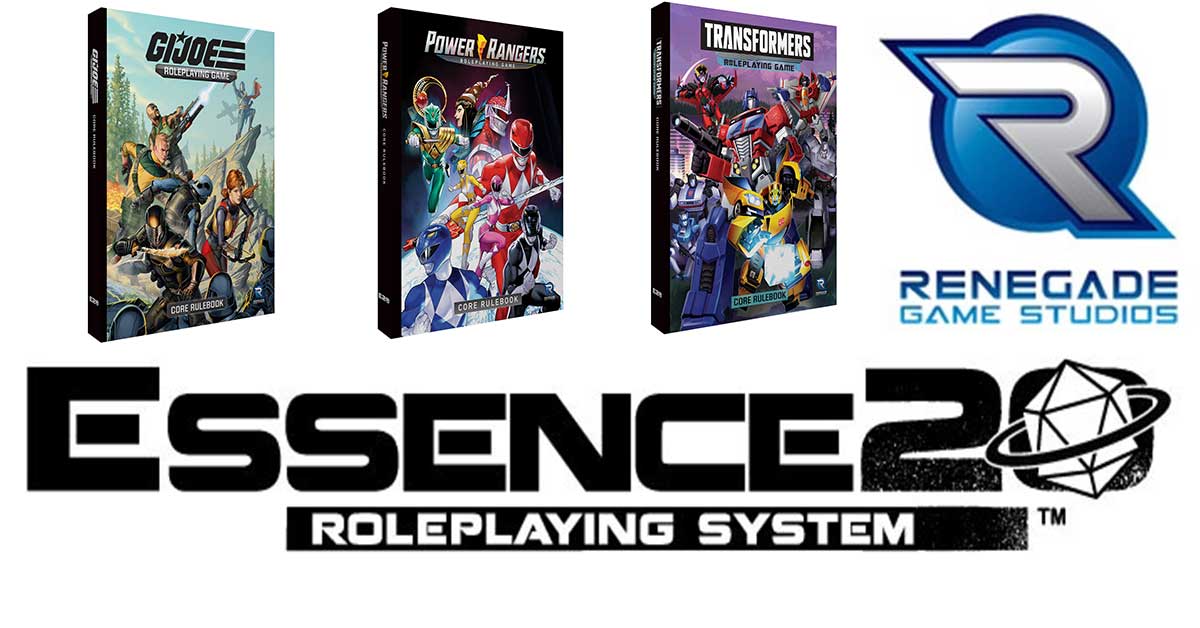 It is an exciting time for the TTRPG industry as many fandoms are getting their own games to play. Renegade Game Studios has developed a new system known as the Essence 20 system to bring popular cartoons to your game table. Transformers, G.I. Joe, and Power Rangers are exciting properties and we are ecstastic that we got a chance to ask some questions about the system behind these new games.

GeekPost: Based on the name of the system “Essence 20” we can deduct that 20 sided dice are used; what other dice would a player need to have handy to play?

Elisa Teague: The Essence20 Roleplaying System uses a d20 for every Skill Test in the game. Instead of a static modifier to rolls, players also roll dice according to their skill rank for the action that they want to perform. These dice range from a d2 to a d12 and are added to a player’s d20 roll for a combined total. Players may use any standard dice they have on hand, but Renegade Game Studios will be releasing special sets of dice for each book that will have all of the dice players need, plus a custom d2 coin, all with special symbols on the highest values on the dice to easily spot critical successes, for a seamless gameplay experience!

….GeekPost: During character creation what can a player expect in customization? Does the system lend towards highly customizable characters?

1. Origins: who the character was before they became a hero/joined the team,

2. Role: what the character’s main purpose or role is on the team that they are now, and

3. Influence(s): what experiences has the character had throughout their life that adds to things they know/how they react, both good and bad?

These choices are extremely versatile with many options, providing for near-limitless possibilities in character creation.

GeekPost: While all cartoons, Transformers is much different from G.I. Joe. Are there changes in the system per IP or will learning from Transformers prepare you to create characters and play in G.I. Joe? Could you have them exist in the same world? Having an Autobot fight alongside Joes?

Elisa Teague: The basic rules in each Esssence20 game are the same, with small flavorful differences between each setting. For example, G.I. JOE has a special weapons requisition system that both Power Rangers and Transformers don’t really need, while Transformers has rules for converting from “Bot-Mode” to “Alt-Mode” that doesn’t exist in G.I. JOE. All in all, if you know how to play one game, it is quite easy to pick up another campaign setting using Essence20 and play right away. And yes, this makes it so that players can play G.I. JOE characters right alongside Transformers Autobots!

GeekPost: What can you tell us about combat and skill mechanics?

Elisa Teague: The Essence20 Roleplaying System allows for quick, yet meaningful decisions in play that result in extremely heroic scenarios! Because of our dice system, both combat actions and general Skill Tests play out with critical successes occurring more often, without objectives being too easy, which makes gameplay really feel like the players are action heroes! 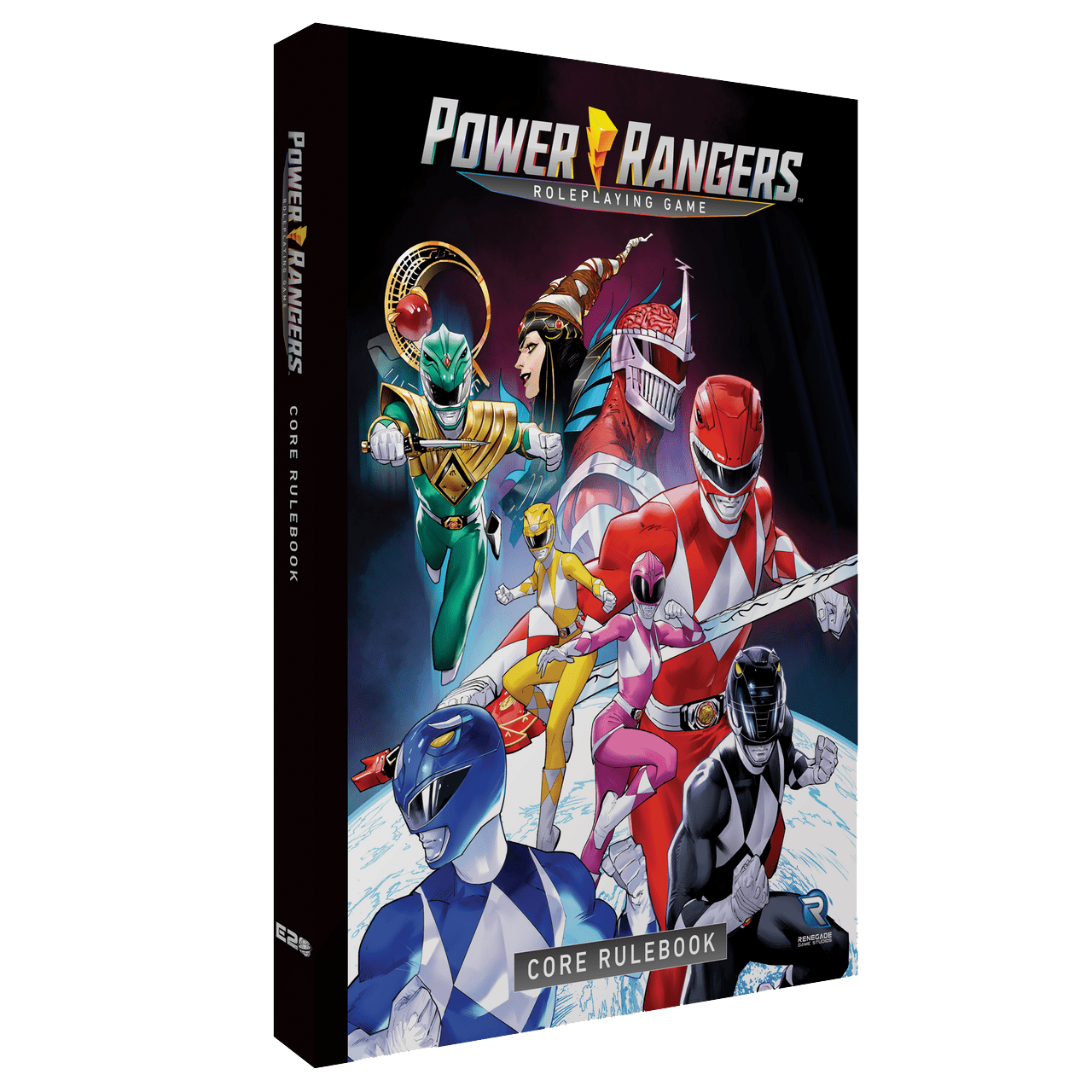 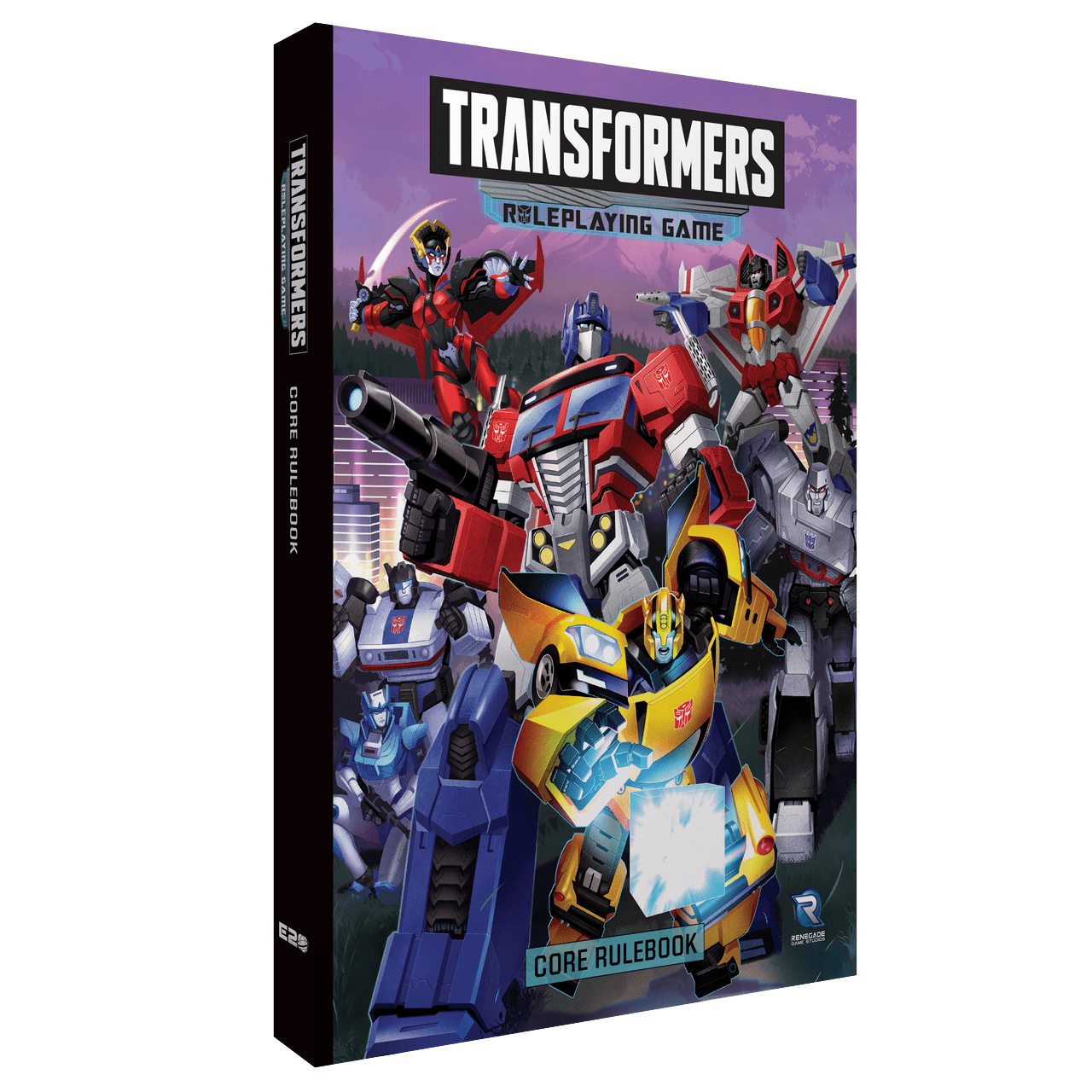 GeekPost: What tips would you like to give would be game masters for running a game?

Elisa Teague: For a first-time Game Master running an Essence20 game, my  main recommendation is to really familiarize yourself with the rules in any of the Core Rulebooks. Once you know one, you’ll basically know them all, and beyond that, allow for your players to be the action heroes they’ve always wanted to be! Should your G.I. JOE player with an Athlete Origin be able to try to catch a grenade mid-air while parachuting and then pitch it towards the enemy because she used to be a college softball star? Have them make a roll to see!  If your players have a good reason as to why something MIGHT work, there is always a way for them to try to make a Skill Test to see if it DOES work. Epic heroic gameplay is always the goal!

You can visit Renegade Game Studios to find out more about the Essence 20 system and to order your own copies of these exciting games and accessories. You can also check with your local game store. We would like to thank Elisa for taking the time to answer our questions. 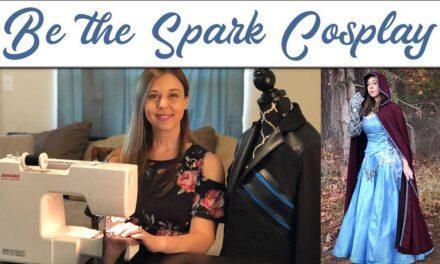 Interview with Be the Spark Cosplay 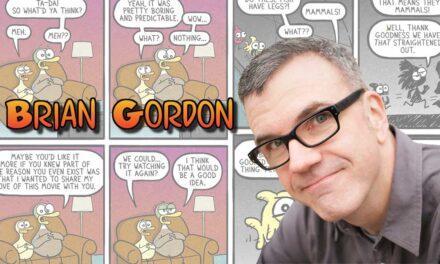 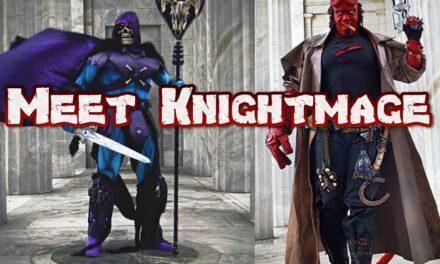 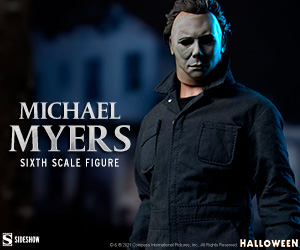 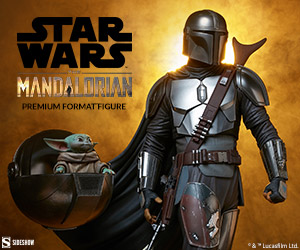